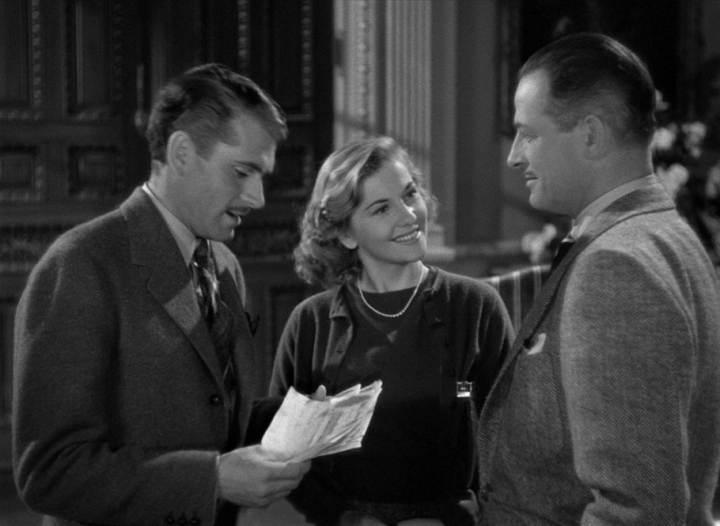 Rebecca represents a major turning point in Alfred Hitchcock’s career. It was his first American-made film, allowing him to capitalize on the hopes and dreams of working with a bigger budget and more equipment, furthering the masterful technical control so central to his style.

Looming large over the entire picture is the involvement of that sleepless memo maniac David O. Selznick. With Gone with the Wind inching towards release, he moved forward on an adaptation, or as he put it ‘picturization’, of Daphne du Maurier’s much-loved classic Rebecca. Selznick was as intrusive as a producer gets, managing to stay on top of the production even through the Gone with the Wind preparation which took up almost all of his time. It is easy to under-appreciate what Selznick contributed to Rebecca, even though Hitchcock purists may see the final product as damaged goods. This new Blu-Ray reminds us of the singular combination of Selznick’s prestige, Hitchcock’s recurring themes and embedded psychology and du Maurier’s sumptuously enticing exploration of the Gothic.

Revisiting the film, in more pristine shape than ever before, allows us to take in Rebecca in all its glory, and even its limitations. Selznick had an unrelenting sense of grandeur and a lavishness with which he strove to do justice to a book he near-worshiped. This comes to serve Rebecca well, most prominently with Manderlay. The mansion is so imposing in its physical representation of the suffocating spirit of the deceased Rebecca that it becomes a central character. The  first Mrs. De Winter and Selznick are united in their paralleled enduring influence that seeps into every scene.

As contradictory as Hitchcock and Selznick’s agendas seem, they inadvertently coalesce to create something mostly harmonious. As far as Hitchcock goes, he also had a strong connection to the book, wanting to buy the rights earlier but not having the money to do so. Here, he gets to astonish with his lusciously multi-layered compositions. The lighting in particular is something to behold, alone begging repeat viewings with its majesty.

The mogul’s insistence on a conventionally faithful adaptation provides a basis for Hitchcock to wield his inquiring camera into what is going on underneath it all. Selznick’s top-of-the-line template doesn’t hurt either. He pokes and pries, peeling back the layers as Joan Fontaine treks into the nightmare world of Manderlay. Again, Rebecca solidifies Hitchcock’s unmatched control, all the more impressive for working on a production as big as this.

The performances remain a varied bunch, from Laurence Olivier’s constantly brooding and callous Maxim to the ever-reliable character actors Nigel Bruce, Reginald Denny and Florence Bates. Joan Fontaine is aware of herself every moment in her first starring role and Hitchcock uses that to showcase the character’s vulnerability and at times frustrating naiveté. She is a fragile stranger in a strange land, both on and off screen, and it appropriately looks like she could crumble any minute. All apprehensive eyebrows and second-guessing, Fontaine shines because she natural exudes a quality that she herself seems unaware of.

It is of course Judith Anderson whose performance has more than held up over the decades. Her Mrs. Danvers is one of mostly passive and increasingly apparent insanity. She exists entirely in her own world, a heightened past broken up with patches of lucid denial and resentment. Anderson’s spacy passion makes for a justifiably iconic villain. There is the moment when Rebecca realizes that Mrs. Danvers is not completely sane. The camera stays with the horrified unnamed protagonist as she moves away to deal with said realization, leaving Mrs. Danvers in the background, carrying on in her own world.That scene and moment express all, remaining as creepy as ever.

The final twenty minutes is largely where Rebecca falters. We see the baggage lifted between Maxim and our The Second Mrs. De Winter, and they are allowed to connect freely, banding together against Rebecca’s hold on posthumous hold on them. This is all well and fine, but at this point the story itself becomes laborious. Hitchcock can only do so much to alleviate the shortcomings found here. Thankfully, George Sanders’ slimy presence is always a welcome treat.

The extras on Rebecca carry over from a previous DVD edition and are more than satisfying in their abundant quantity, largely supporting a contextual view of the film via the Hitchcock and Selznick collaboration. Richard Schickel’s commentary is pretty basic and his views of the film appear to be largely lukewarm. ‘The Making of Rebecca’ and ‘The Gothic World of Daphne du Maurier’ further expand on adding contextualization. Also included are radio plays of the story, an isolated music and effects track, interviews with Hitchcock and, my personal favorite, original screen tests with Margaret Sullavan and Vivien Leigh.

Rebecca may not be a ‘pure’ Hitchcock film, lacking in his trademark acidic humor, and balancing out the expectations of another formidable force. Yet it remains one of my favorite Hitchcock films (indeed I far prefer it over Notorious) for its Gothic psychological thriller that seamlessly weaves in and out of an amalgam of other genres; the woman’s picture, melodrama, romance, mystery and horror, to name some. The Blu-Ray offers a stellar picture with very little grain and minimal kinks; it is a more than worthy purchase to make for one of the master’s largely exemplary works.